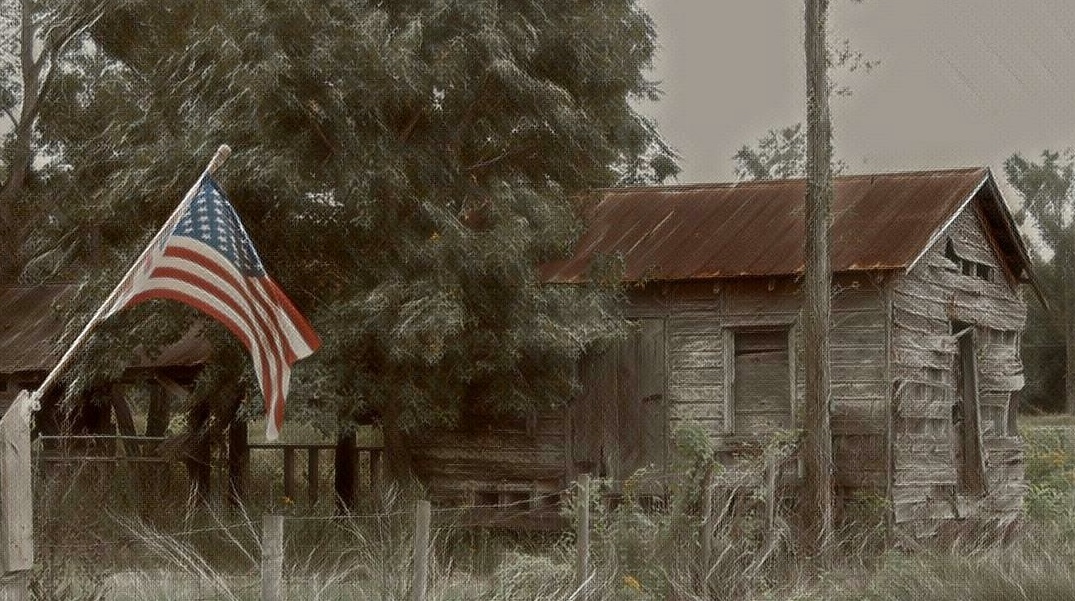 In simple terms, this project arose out of a desire to bridge a gap in discourse between stereotypical “environmentalists” and stereotypical “rural conservatives”—a gap that is widening. I say “stereotypical” because these two categories are not mutually exclusive, and many individuals nationwide embody each of these labels within one value system. Nonetheless, the labels generally capture, at the very least, the state of rhetoric coloring conversations on conservatives and the environment. Environmentalism is increasingly framed as a “liberal” issue, with a prominent place reserved only within the Democratic political platform. Rural conservatives, and particularly those who identify as evangelical Christians, are increasingly seen as the opposition, aligning themselves with the present-day Republican skepticism toward government environmental protection efforts. The election of Donald Trump to the nation’s highest office exposed this divide, as “elite” coastal Democrats were said to have paid too little attention to the rural heartland of America. Now congressional Republicans—many of whom have been placed into office by the rural heartland vote—are rolling back a number of important environmental protections.

Yet there is a disconnect between evangelical conservative thought on the environment and the principles to which they otherwise claim adherence. I am certainly not the first to point this out. But I do aim to contribute my own story to the discussion—a story rooted deeply on each side of the widening gap. I grew up in the rural heartland, embedded within the conservative, evangelical Christian perspective often associated with it. But I also have learned a great deal about the nature of environmental conservation, the reliance of us all (and especially future generations) on environmental resources, and just how much true conservatism (and Christianity) should support conservation measures. This is something that most people to the left of center on the political spectrum understand. Most conservatives (and Republicans) once understood it too (and some still do). Conservative and conservation have the same root word after all: “conserve.”

On the other hand, there is purchase in the perspective that many on the left have failed to understand rural America, have underestimated the intelligence of its people, and have misunderstood its peoples’ values. Certain aspects of liberalism have been pushed so far that it has undermined otherwise credible arguments made by the left about environmental protection. Failing to understand rural America and what drives its people inhibits the ability to effectively deliver information on important environmental issues. It also inhibits the left’s understanding of the need to pick its battles regarding the agenda items for which it decides to advocate to—or, some would say, “push” on—the other half of the nation.

So in undertaking this project I will invariably say things that will agitate people along all points of the political spectrum. I would be dishonest if I didn’t admit fear of alienating people whose perspectives I care about deeply on both sides of the political divide. And as a result, perhaps no one will read what is written here. Yet—especially in modern times—it is the easier path to speak only what one side wants to hear, and gain a lot of supporters from that camp in the process. That is exactly how both liberal and conservative echo chambers have come to dominate national discourse. It is how we arrived in our present state as a nation. So with the risks in mind, I make a deliberate choice not to develop this project in that mold.

What perspective do I have that adds any value to this discussion? Well, to put it in stereotypical terms I am a country bumpkin turned environmental law professor. I would wager there are not many others in my profession who would self-stereotype as such. Hillbilly, good old boy, yeoman—pick your pejorative term. The journey from where I was to where I am is an unlikely path, but one paved by parents who sacrificed to give me opportunities that they did not have. And by grandparents who, despite their conservative credentials, understood just how much our family and society at large relied on “the land.” Over the years I have come to understand and appreciate just how far conservative, evangelical, rural people have drifted from the conservation ethic that was once part of their DNA. The right-wing media and other vested interests have hijacked this ethic, leading to “conservation drift” on the right. Now the environment is something only “the other side” views as a priority. So I feel compelled to highlight the key components of rural American conservation drift. In the same way, I feel that many in my profession could benefit from perspectives on how to better communicate important environmental messages in the context of this drift.

I grew up in rural south Alabama: in Grove Hill, Clarke County, Alabama. Clarke County is located in one of the poorest and most sparsely populated regions of the state. I grew up in a conservative, evangelical home. Perhaps my rural credibility will be enhanced by owning up to religion and other aspects of rural life, such as—by way of a stark example—guns. In fact, my relationship to guns and religion is key to this story and foundational to my association with rural America—particularly since the biggest “elite” of all (in many rural people’s eyes), former president Barack Obama, once quipped that rural folks “cling to guns or religion.” My grandfather taught me and my brothers how to hunt, and we had many hunting implements in our house. Our grandfather and my father also taught us how to handle firearms responsibly and to treat them with great respect—at a very early age. And you knew not to go anywhere near them without permission—or else. Growing up in a home like ours does not make one a gun-toting fanatic. But it is a cultural attribute that is increasingly foreign to those who are not immersed in the culture.

Of course, we likely would not have had guns in our home if we had not lived on roughly 1,000 acres of forestland that had been in our family for generations (and if the land had not been infested with rattlesnakes and water moccasins). My grandparents subsisted off this land. They were of limited means, and cutting trees provided a steady source of income. In Alabama, lots of people are land rich and cash poor. Property taxes are so low in the state that you only need to cut a few acres of trees to break even. So you can be quite poor and yet own substantial acreage. While I often interacted with industrial foresters in the business of cutting trees and removing them from our property, my grandparents and parents nonetheless instilled a great appreciation for the environment and its provision of what was, for my family, a life-giving service—cutting trees literally put food on the table. Though I have many stories to tell about the radical self-help remedies that my grandfather would employ to protect our property from trespassers (which may or may not have involved knives, firearms, or other weapons), I also learned of the important role of government in protecting our property when our neighbors refused to exercise personal responsibility in the management of their own. Once while on a hike through my family’s forestland I stopped at the stream that divided our property from our neighbors’ property. I was shocked to see that our neighbor had clear-cut the entire parcel, all the way to the stream bank. As I describe in my book, Constitutions and the Commons:

“This action eventually led to erosion which in turn contributed to both environmental and economic destruction of resources on our property. I remember thinking at the time: “Who is responsible for this? Surely this is not legal?” It was not until law school that I learned what my family’s option might have been had we sought recourse against our neighbor. Our only action would have been in tort law, by, for example, claiming in court that our neighbors’ actions had constituted a nuisance and that the neighbors had used their property in a way that interfered with the use and value of our property. The first problem with this recourse mechanism, aside from the fact that it is a difficult claim to prove, is that my family did not have any information that such a claim was possible. Second, though natural resources were abundant on our land, my family did not have the economic resources to bring such a claim. I learned that other states had regulatory regimes designed to prevent such actions by property owners. These regulations required that forested streamside buffer zones be left along streams, to prevent erosion, water eutrophication, impacts on fisheries due to increased stream temperature, and a number of other ills associated with cutting timber too close to watercourses. But my home state, Alabama, had no such regulations. Indeed, virtually every state in the southeastern United States maintains only voluntary best management practices. Though I grew up in an area that prides itself on strongly protecting private property rights, this experience made me reevaluate the role of government in balancing not only the interests of private property owners relative to each other, but also balancing the rights of private property owners with the public’s interest in a healthy environment.”

It is this balance and the drivers disrupting it—culture, religion, politics—upon which this project focuses.

The rural environment in America is many things, ranging from intangible attributes like culture (its politics and religion) to tangible attributes like its forests, farms, wetlands, and waterways. It is my hope that by communicating perspectives on the intertwined nature of each attribute of the rural environment, “environmentalists” and “rural conservatives” can come to understand that rather than being in opposition, their views should very much be in accord.